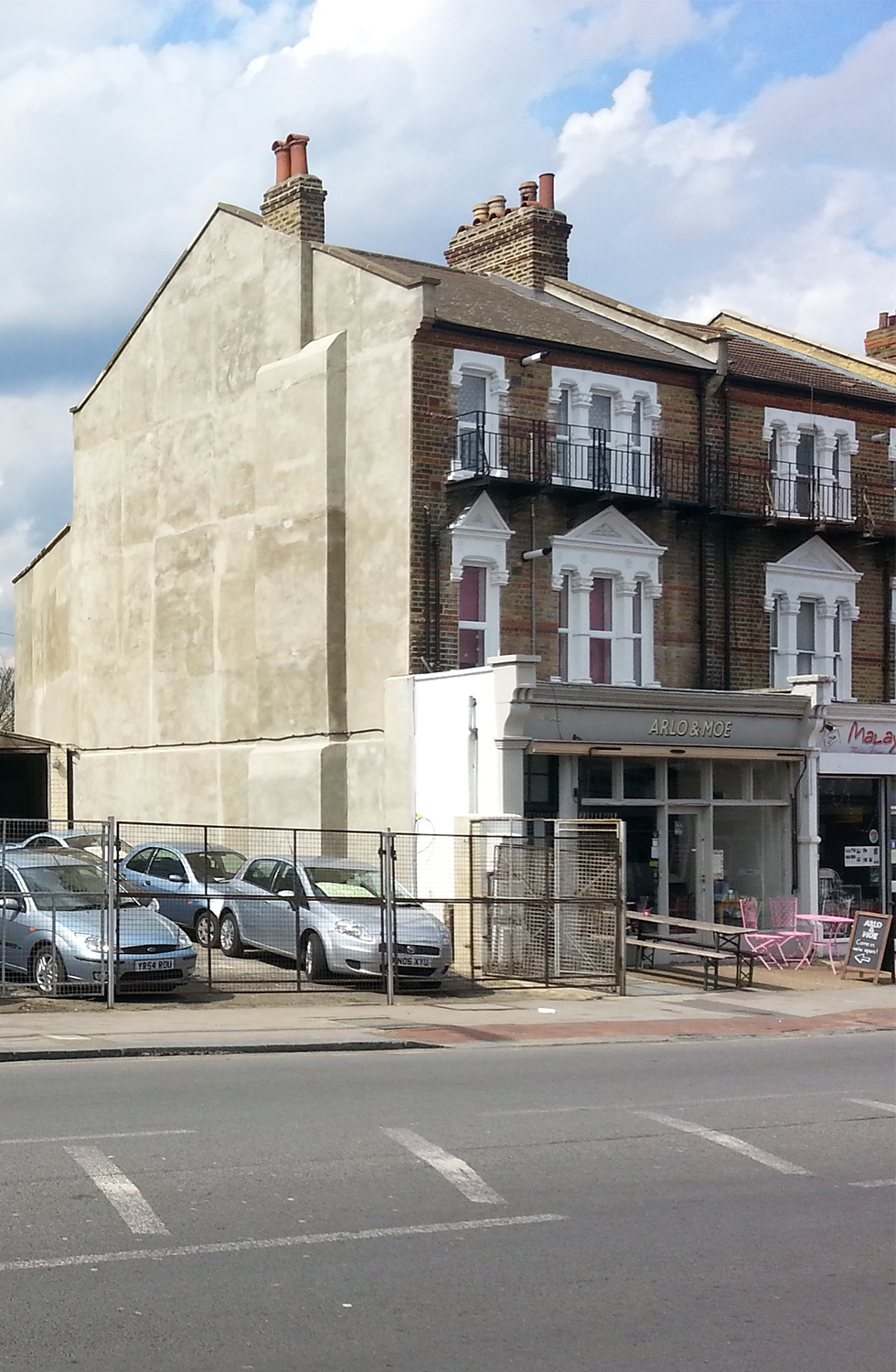 High density, high profit developers tend to focus on large sites where they can gain economies of scale. As a community housing organisation, PHASES actively seeks out small parcels of land on which to build affordable housing projects. These sites are typically brownfield or infill sites, which form part of the existing urban fabric. But a particular expertise is required to develop these small sites and detailed feasibility studies are needed.

We’re currently looking at a site in South East London. The plot is at the end of a little shopping parade, typical of the Victorian suburban developments enabled by the expansion of the rail network. The draper’s shop thrived until the Blitz, when bombs meant for the railway station left the whole house in ruins and it had to be demolished. The site remained empty, eventually becoming a used car lot. Our proposal is to erect a small building with a ground floor shop and flats above, reflecting the scale and style of the existing parade.

However, the site presents multiple challenges. To satisfy planning conditions, we’ll need to set out how we intend to deal with contaminated land issues, control noise levels and protect existing trees, using surveys, phased investigations and remediation statements. Sitting on a busy bus route, careful traffic management will be needed to ensure safe access for site vehicles, heavy machinery and waste disposal. To avoid disruptions to local business, we’ll also need to carefully plan the installation of energy and water services. All these issues require meticulous oversight, to ensure a successful outcome.

Since the plot stands next to the railway cutting, Network Rail’s engineers need to scrutinise our topographical surveys, slope stability analyses, foundation design and method statements to assess whether our project meets their exacting asset protection requirements. A boundary and access condition threatened to stymie the whole endeavour, but we were able to reach an agreement and move forward again.

However, at our preliminary planning meeting, the number of units we proposed was reduced and our basement proposal was vetoed. Although our architect was able to deftly rethink the internal layout and incorporate further planning conditions, this left serious questions about the viability of the project. However, with the backing of social investors who share our commitment to community construction, we decided to push forward again. We are now in the final stages of preparation for this exciting development of affordable homes, which will bring a new commercial space for a small business, as well as training and employment opportunities for local people.

While viability remains a central precept in any development, narrow definitions of profit can obscure the social value generated through the construction process itself. As a social enterprise, PHASES evaluates sites not just according the number of housing units that can be built, but on the community benefits that a project can deliver, whatever its complexity.