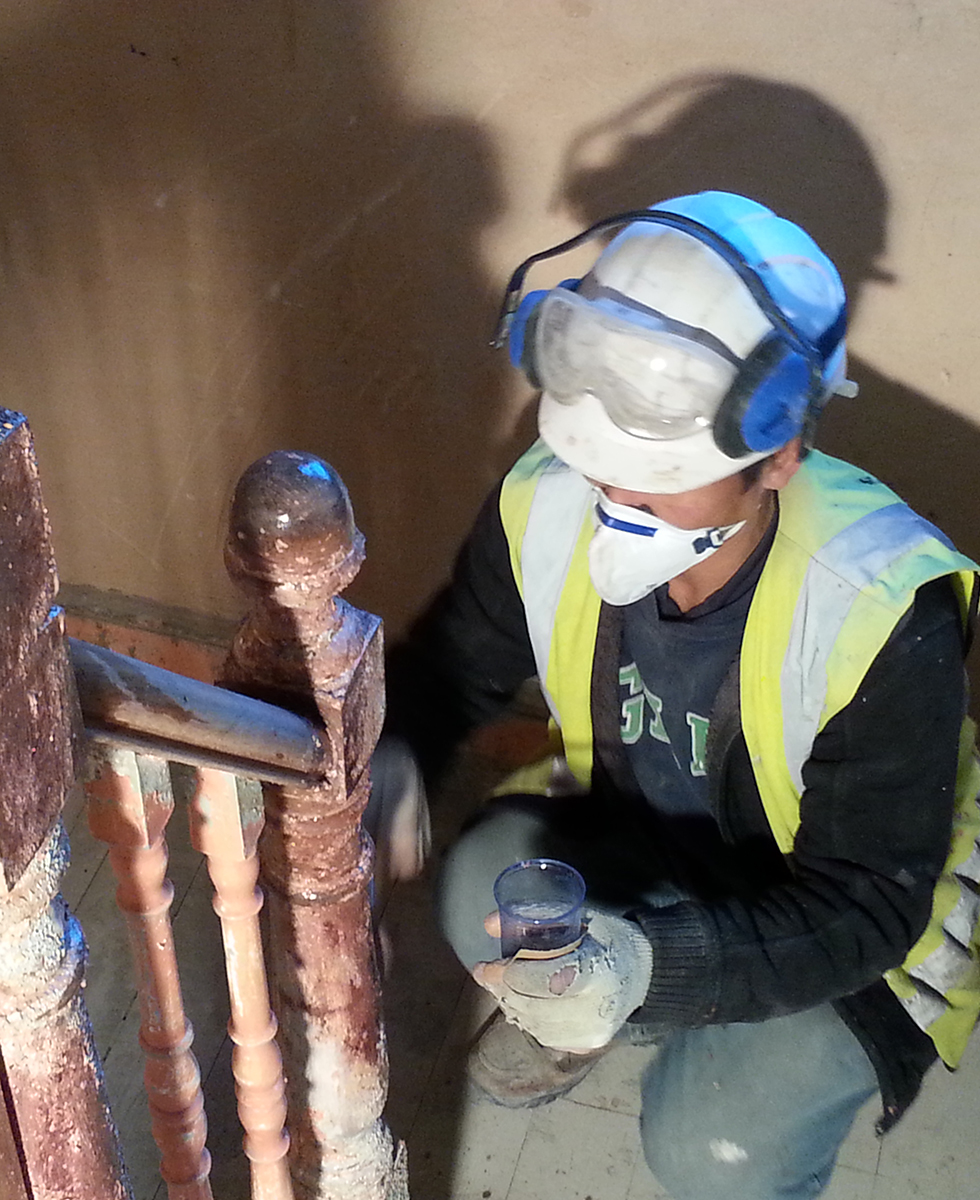 With so much attention focused on the shortage of housing in the UK, it’s worth remembering the original volume house builders: the Victorians. As the population exploded and the railways boomed, Victorian speculators built thousands of houses in the fields around London, for a generation of new suburban home owners. They were the first mass urban house builders.

To speed up construction times, they relied on mass produced fittings, including decorative masonry elements, brick friezes, cast iron fireplaces and plaster ceiling roses and cornicing. These original features are much sought after today and so, when working to bring an empty home back to life, we try to preserve them where possible. Restoring them takes skill and not everyone has the patience and attention to detail that this work requires.

When Prem joined PHASES, he had been living in temporary accommodation for some time, finding it hard to maintain stable employment. He had worked in security, but when his licence expired, he did not have the funds to update his training and apply for a new licence. When his passport also expired, it spelled the end of his work in security.

After drifting for a while, Prem was offered a place on PHASES initial training course. His tutor was impressed by Prem’s work ethic and he was soon invited to join the PHASES team helping to plaster and paint offices during the conversion of Somerset House in Central London.  Prem expressed an interest in restoration work and was offered work on a PHASES refurbishment where some original features had been discovered and were being brought back to life.

This lead to further full time employment on a major conversion in South London. where an empty home was being converted into affordable flats. Working closely with his on-site trainer, Prem continued to learn restoration techniques, focusing on timber and masonry elements.

The tenancies for the converted flats had been arranged several months prior to completion. However, when one of the flats later became unexpectedly available, our first thought was to offer it to Prem. The timing could not have been better, as he was ready to move out of the hostel and had been struggling to find suitable move-on accommodation.

As a trusted and reliable worker, Prem is frequently called to assist the PHASES crew and has worked on many of our maintenance and refurbishment projects. He continues to live in the little garden flat that he worked on himself as a trainee, several years ago. Prem has now become the effective custodian of the building, sorting mail for other tenants and keeping an eye on things.